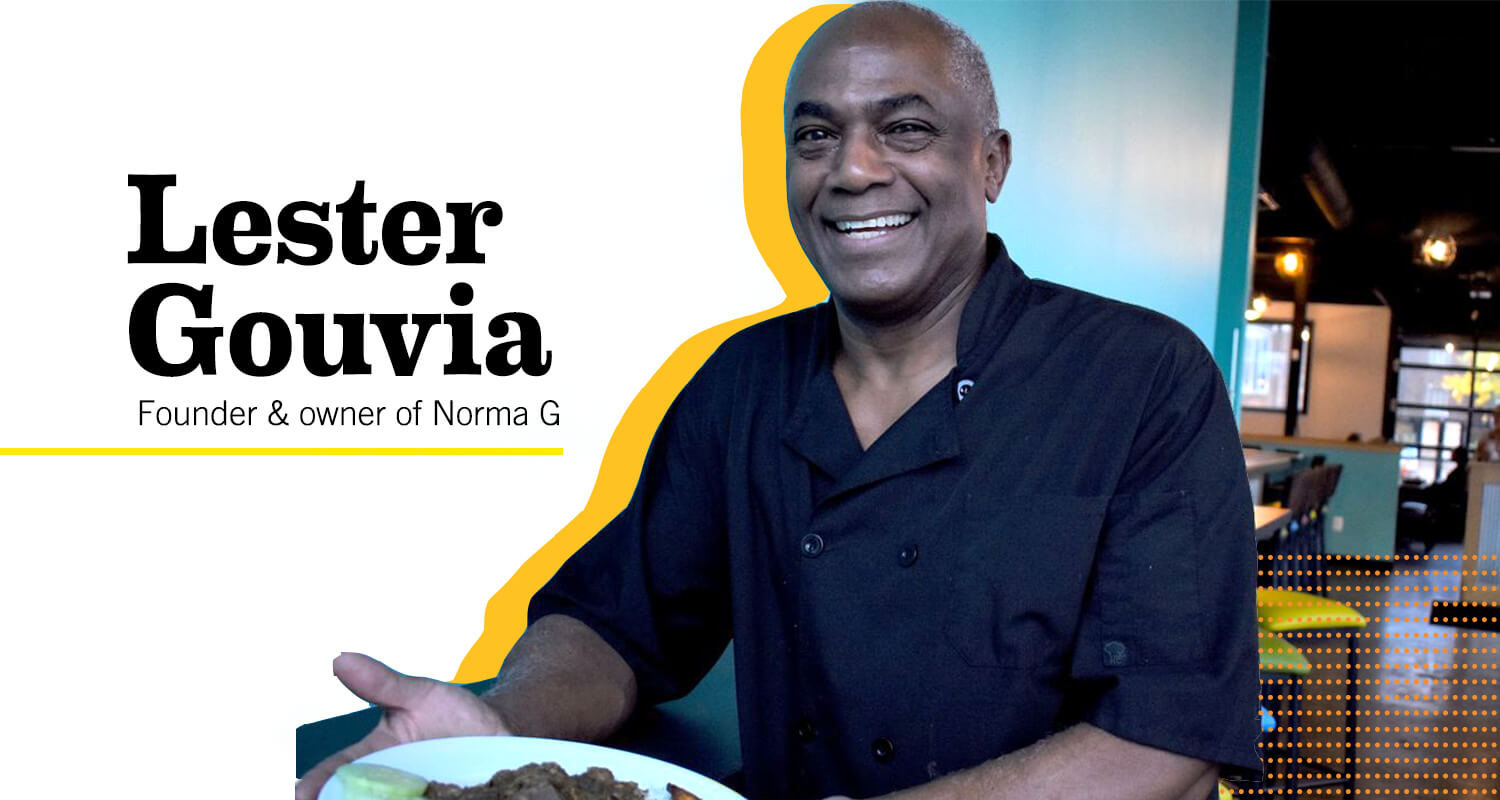 How Lester Gouvia opened Norma G’s, the first sit-down restaurant in Jefferson Chalmers in over 30 years

Lester Gouvia had a great job with a corporate telecom firm that took him all over the United States, far from his native Trinidad. Then during a corporate restructuring, he was laid off. “The CEO got a golden parachute. I got two weeks’ severance,” he said. He was resolved to try something new.

“I set out to find something that I wanted to do. I didn’t think I wanted to go back to the corporate environment,” he said. “One of the things that I had done before was private catering and things like that at my home. I always enjoyed cooking.”

“They saw what I was talking about, and they believed in me; that’s a huge difference.”

Opening a restaurant right off the bat seemed risky, so Lester launched a catering and food truck business. He called it Norma G’s after his mother. “The idea was really to build a brand and get the brand going before we did anything on a larger scale. And the brand was a solid brand—people liked it. But eventually people said, ‘Where are you located?’” ‘

The transition from a catering business to a sit- down restaurant, however, would take time, patience, and assistance from several community organizations and mentors. If Norma G’s is the story of Lester Gouvia’s unique vision and cooking–he says the food comes from diverse  Caribbean influences and his own personal style–it’s also the story of how institutional resources, personal support, and a motivated community organization can collaborate with business and energize neighborhood development.

FoodLab Detroit supported Norma G’s early on, hiring Lester to do his first catering event in the basement of another restaurant in Detroit’s Corktown Neighborhood. FoodLab provided him with important advice on navigating the Detroit Health Department and other aspects of starting a food business. The relationship was mutually beneficial, and Lester helped the organization develop its programming.

“They were able to develop their process and help others because they were getting feedback from people like me,” he said.

Gouvia formed another crucial relationship (and one that is ongoing) with Warren Galloway of TechTown’s SWOT City program, a resource for brick-and-mortar small businesses in Detroit neighborhoods.

The team at TechTown referred him to other organizations like SCORE, a business mentoring nonprofit that helped him with his business plan. “They’re the guys that show you the nuts and bolts of running a business,” he said.

Next he was introduced to Jefferson East Inc., a longstanding neighborhood development organization on Detroit’s east side. With a grant from Motor City Match, Lester was able to partner with Jefferson East to redevelop its former headquarters into the restaurant space where Norma G’s is now operating. It’s the first sit-down restaurant to open in the neighborhood in more than 30 years.

“When I walked in the door, I felt like I was home,” a Norma G’s patron recently told Lester. Norma G’s has a welcoming vibe, with large windows, bright colors, and the buzzing energy of the owner himself.

“That’s what I’m trying to do here,” Lester added. “When you come here, yes, it’s the food, but it’s also the atmosphere—being made to feel welcome, which is what we did in the Caribbean.”