Saving a City in Crisis 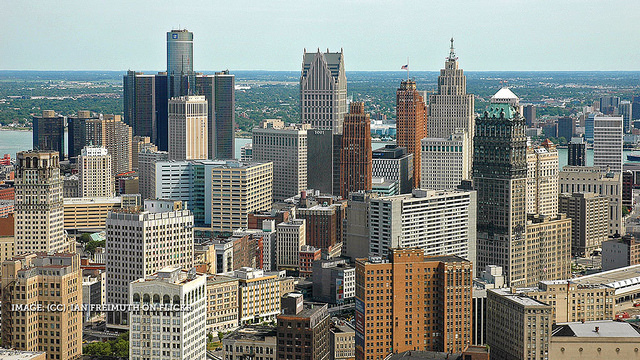 Robin Ferriby, vice president of philanthropic services at the Community Foundation for Southeast Michigan, writes in Washington Monthly about how an unprecedented coalition of 12 regional and national foundations helped save the city of Detroit during its bankruptcy proceedings. The so-called “Grand Bargain” that both preserved public pensions and the irreplaceable collection at the Detroit Institute of Arts was brokered by Mariam Noland, president of the Community Foundation.

The New Economy Initiative is a special project of the Community Foundation for Southeast Michigan, and, as Ferriby writes, is itself something of a precursor to the Grand Bargain in that it coalesced a group of national and local foundations to work together to solve a crisis:

“Eleven local and national foundations – including the Ford Foundation, the W.K. Kellogg Foundation, the John S. and James L. Knight Foundation, The Kresge Foundation, and the Charles Stewart Mott Foundation – received national recognition for their support of the New Economy Initiative at the Community Foundation, a more than $130 million effort to diversify the regional economy and stimulate entrepreneurial growth in the wake of the crisis.”