Adopt the Useful Stuff and Never Lose Our Greatness 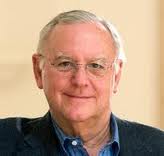 CBS Detroit Reporter Matt Roush interviewed venture investor and expert Terry Cross at the January 2013 Annual Collaboration for Entrepreneurship ’13 in Livonia. Cross, who spent nearly two decades in Silicon Valley, spoke about valuable aspects of the Valley’s business culture that are taking hold in Michigan. And why Michigan’s Midwestern values, maker culture and manufacturing assets might just give it the edge after all.