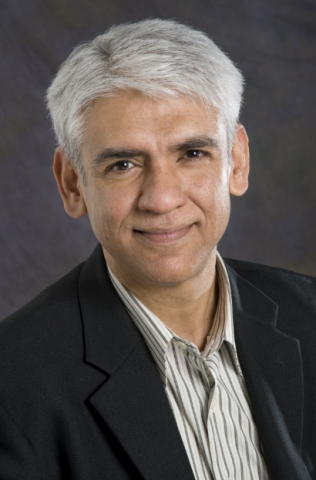 Mahendra Ramsinghani manages Invest Detroit‘s First Step Fund and is author of “The Business of Venture Capital” (Wiley Finance, 2011) and has invested in 40+ seed stage entrepreneurs to help shape their dreams into reality. He writes extensively on entrepreneurs, early stages investments and has published blogs in MIT Technology Review, Huffington Post, pehub and Value Examiner.

Y Combinator, ranked as #1 accelerator pivoted – and dropped its investment amount from $150,000 to $80,000 yesterday. It’s less money and more management, as Paul Graham says in his blog. And $150K is more than what successful startups need.

$80K or $150K – what is the right amount?  Most accelerators offer anywhere from $25K to $150K. Founders can decide how to spend the money for the most part. One uber-scrappy founder based in the valley pointed out that for two guys, both coders, living in the Valley and building a web company would spend about $25,000 in rent, $25,000 on Ramen noodles and finally $25,000 in travel, web services, legal and such. He said $80,000 is a good amount for 12 months. “But what if my initial market theses does not pan out? There is no room to pivot” he pointed out.  True. In my own modest experience of having invested in 40 startups, I have found the other extreme – founders have found this free reign to pivot as many times as they want, thanks to Steve Blank methodology  I had to remind one such entrepreneur who had pivoted four or five times — if you pivot more than X times, you are really going around in circles! All at investor expense! The new batch of YC startups may have to put a lot more thought on how they spend the money.

We all know what happens when there is too much money. We loose our scrappiness and become fat and happy. Or we fight?  The messy fights in startups are frequent – mostly occur when founders loose alignment. One of my portfolio companies raised $600,000 about six months ago. The three founders are now fighting all over this relatively small pot of money – its not about greed – how much they should take home – but more about who is right? How the money should be spent? One founder has hired his buddies who have no relevant background and has gone crazy trying to show the world how “he has arrived.” What? Really?

In another situation, one founder quit – called me in tears saying, “I just cannot do this anymore. It’s been over eighteen months, there is no traction.” And this gets messy – what should the other founders do? Functionally who picks up the pieces? And economically, how does the equity distribution and cap table change? While founders often develop agreements describing vesting, operational roles and exit scenarios, when fights occur, all bets are off.

It’s likely that in such situations, the accelerator gurus, like Paul Graham have to step in for marriage counseling. Which is a waste of time, money and emotional energy by any means. Another VC pointed out that some of these founders lived off the $150,000 without getting anywhere in two years. While these may have seemed like smart founders at the point of entry, money may have distracted them. I have at least three of each kind in my portfolio and it sure hurts. For YC, its better to loose $80K than $150K when such drama queens emerge.

Clayton Christensen writes, “The information required to make decisive investments in disruptive technology simply does not exist… it needs to be created through fast, inexpensive and flexible forays into the market” (The Innovator’s Dilemma) That’s what a lot of accelerators do –fast and inexpensive stakes in a large number of opportunities.

Savvy early stage investors would argue – we have the information! Indeed. Many good VCs have been technologists, operators and know much about market opportunities and white spaces – a niche here or there that could become a good investment opportunity. Ask Paul Graham, Brad Feld or Ben Horowitz. All of them have lived the lives of geeks, nerds, technologists, and operators. They have all the information they need to make decisive investments.But what we don’t necessarily know is how to assess the DNA of an entrepreneur. How do you measure the tenacity of a young twenty year old? How do we know if they can get out of their comfort zone? And how will this team treat each other – in good times and bad? Human behavior, driven by ego or greed, has killed many startups. Thus, smaller bets are better than bigger.

Some accelerators, like GreenStart, which fuses design, $150K capital with emphasis on digital greentech companies have stayed small. They work with only 12 startups per year, on a rolling basis rather than in cohorts.  David Graham, one of the partners told me that he is able to focus better and deliver greater value by remaining small and going deep with each company. ”Most accelerators say they offer both cash and help – but they’re often very, very light on the “help” side of the equation.  In order to truly move the needle for a startup, you have to focus your bandwidth on a small number of companies you work deeply with – you simply can’t scale that depth of work to 80 or 100 companies.”

Whether YC and others will reduce their size remains to be seen, but if there was an accelerator bubble, it looks like correction time.

In the meantime, for the entrepreneurs who have to work with $80K instead of $150K, they should remind themselves of Steve Jobswho said “Stay hungry, stay foolish.” After all, when they look at great YC companies like AirBnb, Dropbox and the like, all of them got only $17K, not $80K or $150K. It was never about the money you see…