B Magazine: “Put Your Money Where Your Community Is: Detroiters Are Bringing Their City Back” 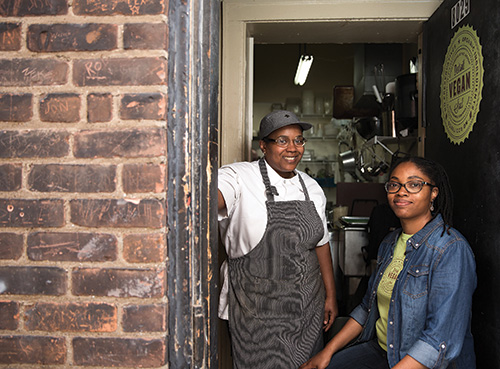 …In July 2013, Detroit went through the largest municipal bankruptcy in U.S. history, forcing the city to adopt extreme budgetary reforms that continue to have an effect on the city today. But Detroit emerged from bankruptcy in December 2014, faster than many had anticipated.

Back in 2007, 10 foundations joined forces in the Detroit area to create an ecosystem for Detroit’s entrepreneurs. They called it the New Economy Initiative (NEI).

“This area had been reliant on a few large employers,” says Pamela Lewis, CEO at NEI. “The foundations bet on entrepreneurship. The best way they could use their grant dollars was to reintroduce the Southeast Michigan community to generating income through entrepreneurship.”

In its early days, NEI focused largely on high-tech. The push came from the top down — from foundations, various initiatives from the Michigan state government, and others who took the view that the tech sector represented the future of the economy. “But we learned that in a lot of cases, when you focus just on high-tech, you are leaving much of the community out. So we decided not to focus on just one sector,” Lewis says.

NEI’s shift to support a more accurate representation of Detroit entrepreneurs is embodied in the NEIdeas competition. Instead of startups, NEIdeas rewards “been-ups,” business owners who have been in operation for at least three years and who have ideas on how to contribute to economic growth. Launched in 2014, the competition awards $10,000 each to 30 businesses that gross less than $750,000, and awards $100,000 to two larger businesses.

NEI deployed an outreach effort for NEIdeas that included a street team knocking on doors and making connections. They placed 17,000 door hangers on small-business storefronts throughout the city. They also deputized 27 organizations, including churches, community-development corporations, nonprofits and libraries, to serve as ambassador locations where interested entrepreneurs could find more information and fill out the NEIdeas application.

Perhaps more importantly, through the annual application process and in ongoing communications with applicants, NEI has been able to listen more closely and become more responsive to the needs of been-ups. It’s made a difference, directing NEI resources to organizations and programs that are more closely connected to Detroiters who stayed put through the city’s economic troubles…