Message for nonprofits: Changing world will pass you by unless you act now 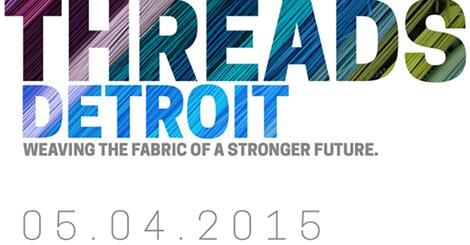 Nearly 100 local nonprofit leaders gathered Monday at the Detroit Zoo to hear about the most pressing industry trends from Washington, D.C.-based Independent Sector and share the Detroit sector’s challenges and bright spots.

“Threads Detroit” was the second of 14 conversations with nonprofit leaders across the country set to take place between late April and late August.

More than 1 million nonprofits provide for the common good, yet some of these organizations were created in a different time, for a different world, said Independent Sector’s President and CEO Diana Aviv.

“Is the nonprofit world positioned to succeed in a world changing at eye-popping speed?” Aviv asked.

As part of a strategic visioning process that began in December 2013, Independent Sector worked with Deloitte Consulting’s Monitor Institute to identify 40 trends facing the sector.

During the “Threads Detroit” conversation Monday, Aviv discussed the nine most urgent trends facing nonprofits over the next 15-20 years. The national organization lays them out fully on its website, but here’s the short version:

The world is changing at such a fast pace, “it will pass (nonprofits) by unless we take action” in responding to the trends, Aviv said.

The Detroit conversation and others taking place across the U.S. are meant to spur nonprofit leaders to ask questions about the issues discussed, she said. Are they considering diversity as they operate? Are they collaborating? Are they able to communicate with and relate to tech-savvy millennials?

“If people aren’t leaving here doing this, it’s at their own peril,” Aviv said. “The clock is ticking; we don’t have time to wait on these issues.”

After reviewing the national environment facing nonprofits, Aviv asked Detroit leaders to identify challenges they face in their efforts every day.

Nonprofits said that within their organizations, short-term measuring demands that don’t indicate systemic impact, the need to be nimble and get the public to support programs the government previously funded are among the issues presenting hurdles.

At the same time, the image of nonprofits, the need to apologize for fair compensation for top talent and competition among organizations with like missions rather than collaboration are holding the sector back, leaders said.

At the societal level, nonprofit leaders said racism, self-interest, declining educational levels of citizens and mistrust of public bodies, among other thing, are hampering their efforts.

Aviv said it was notable that nonprofit leaders in Detroit were thinking about issues far beyond the fundraising concerns the whole sector faces.

There was no shortage of challenges, to be sure, but Detroit also has plenty of bright spots.

Among the things nonprofit leaders in the region said they are proudest of: blight removal efforts in Detroit, revitalization in Midtown, the Washtenaw County funders collaborative for safety-net services, events such as Dlectricity and Art X Detroit, the “Grand Bargain” that preserved the Detroit Institute of Arts’ collection while shoring up Detroit pension plans, “greenway” walking and bicycling paths, the New Economy Initiative and other nonprofit efforts to help entrepreneurs across the region.