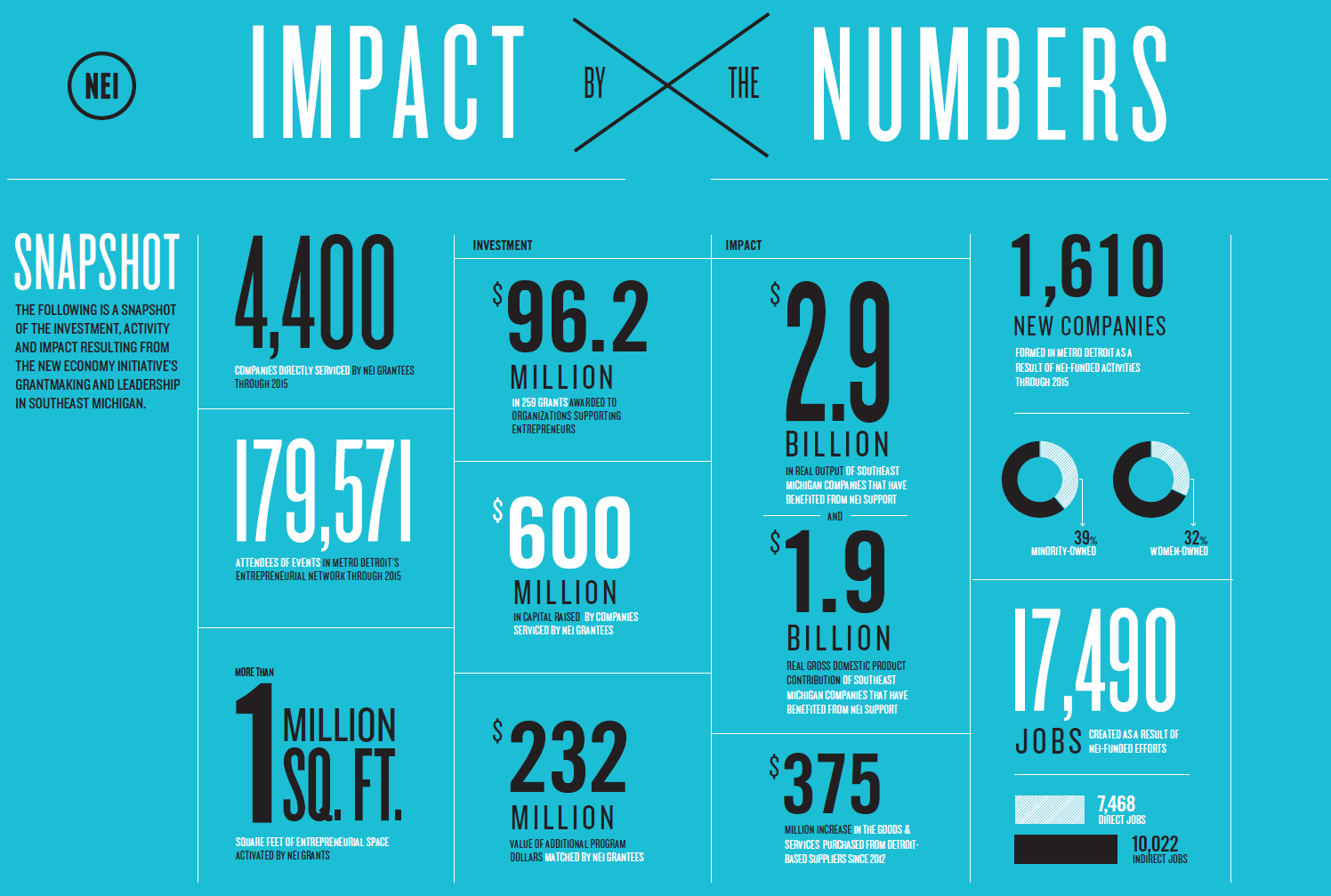 Since 2007, 12 local and national organizations have united under the banner of the New Economy Initiative (NEI) to provide grant dollars and create programming for southeast Michigan’s small businesses and entrepreneurs. In that time, NEI has awarded 259 grants totaling $96.2 million. According to a new analysis, that investment, together with an additional $600 million in capital raised by NEI grantees and $232 million of matching program dollars, has resulted in the creation of an additional 1,610 new companies in metro Detroit. Nearly 40 percent all these companies are minority-owned — double the national average — and 32 percent are woman-owned.