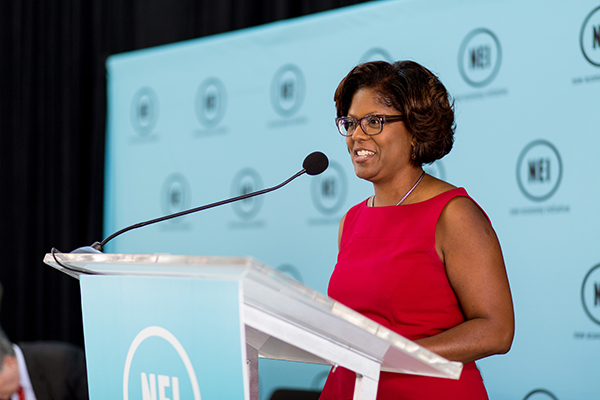 In an op-ed for Entrepreneur.com, NEI director Pam Lewis writes about the role entrepreneurship has played in Detroit’s economic recovery:

“Ten years ago, if someone in Detroit said he or she was an entrepreneur, a listener’s first thought might have been, “This person is out of a job” — and with good reason: From 2000 to 2010, Michigan lost over 850,000 jobs — more than all other states combined.

Even before Detroit entered bankruptcy, it was clearly time to rethink “business as usual.” The region could no longer rely on just one industry (read: “automotive”) and a handful of companies as the source of its wealth and prosperity.

In this regard, Detroit was not alone, of course. Around the nation, theories abound on the best approaches to revitalize Rust Belt economies. Many of these debates — the proper role of government, how to build a 21st century workforce and more — continue today.

It was against this backdrop that many in Southeast Michigan in recent years coalesced around an economic development strategy that has been, in fact, part of Detroit’s DNA: entrepreneurship. To regain its position as a global leader, businesspeople said, Detroit needed to diversify its economy through innovation, small business growth and culture change…”