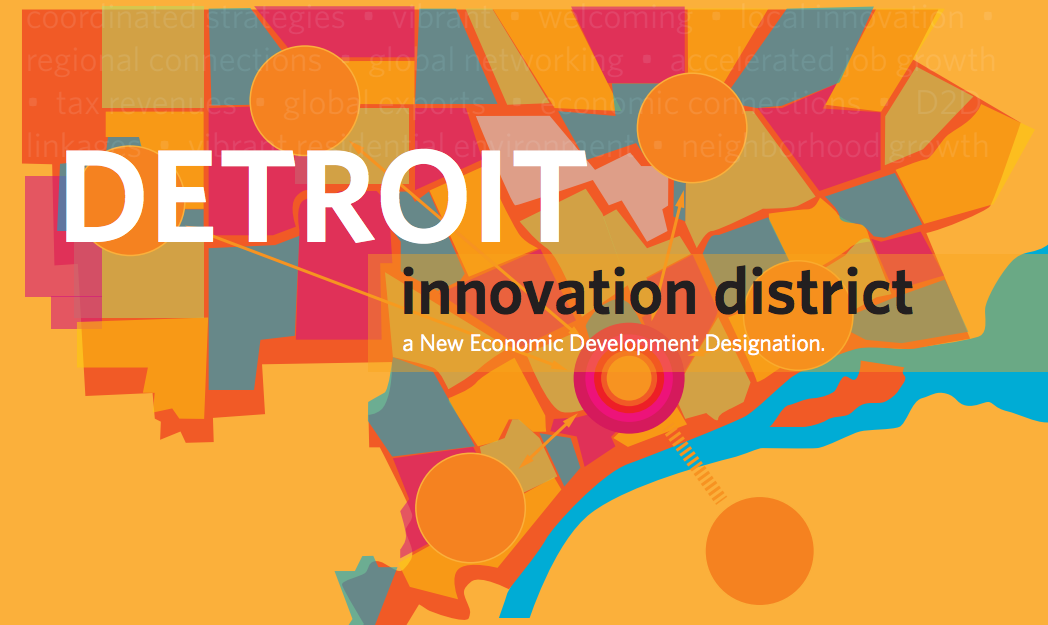 Duggan named Nancy Schlichting, CEO of Henry Ford Medical System, as chair of a 17-person advisory committee that will create the formal district. “We have right now some great creative energy occurring in downtown and midtown,” Duggan said. “The focus of the Innovation District will be to create an anchor to support neighborhood business incubators across the city.”

The 4.3-square-mile district already holds 55 percent of the city’s jobs, while only being 3.1 percent of its land mass.

The exact geographic boundaries of the district have not been drawn, but officials say it will encompass downtown and Midtown and stretch from east to west roughly from I-75 to Woodward Avenue, and north to south from just north of Grand Boulevard to the Detroit riverfront.

The announcement follows a report from theBrookings Institution, co-authored by its vice president, Bruce Katz. The report outlines how formalized innovation districts can support metropolitan economies by facilitating and accelerating communication of ideas. Detroit was among seven case studies in the report.

After seeing the success that cities like Boston and Atlanta have had with innovation districts, Duggan starting thinking about bringing the concept to Detroit.

The district will work to establish neighborhood small business incubators and bring entrepreneurial programs to neighborhoods. Duggan has appointed Jill Ford, who as worked the past decade with entrepreneurs, to lead that effort.

Partners in the Detroit Innovation District initiative include the Brookings Institute and the New Economy Initiative of Southeast Michigan.