If entrepreneurship is to revive Detroit, it can’t be fueled by big business alone 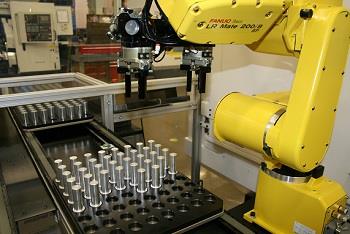 I believe in entrepreneurs.

That is what I would say if I were on the old NPR show “This I Believe,” where contributors talked about a range of topics that spoke to their souls, from ghosts to the power of diversity. My food critic friend Jason Sheehan recorded one of the show’s most popular missives: I believe in barbecue.

I’ve always wondered what I would say if asked. I know now: I believe in entrepreneurs.

I believe in high-tech companies developing products we never even knew we needed. I believe in neighborhood businesses that feed our communities and our cultures. And I believe in the fast-growing companies that create jobs that allow people to support these small business owners.

The Detroit Regional Chamber believes in them, too. So much so that it made entrepreneurship a tenet of this year’s Mackinac Policy Conference.

“What we’re trying to do here is really have a different culture mindset in Michigan,” said Sandy Baruah, CEO of the chamber. “We need to make being an entrepreneur a much more celebrated path for individuals. This has been a state that has been successful for being big.

Being small and entrepreneurial also has the ability to remake this state, and revive our cities. But only if we define “entrepreneur” as someone who sets his or her own destiny, rather than the narrow vision of small tech startups that has captured the zeitgeist.

“Entrepreneurship tends to be presented as four kids with beards and checked shirts sitting in the Madison Building,” said Robin Boyle, chairman of the urban planning and studies department at Wayne State University. “That’s presented in the media as the entrepreneurial spirit and that’s alienating to many people.”

Entrepreneurship is about so much more than optimism and coding skills. It’s about growing and starting a business, supporting your family, adding jobs, building wealth. It’s about controlling your future.

The venture capital-fueled tech startups toiling away in Dan Gilbert’s incubator and accelerator are doing important and laudable work that will hopefully lead to huge successes. They are bringing sexy back to Detroit by showing the world a very different Motor City than the one they’ve seen in the ruin-porn compilations. But while they are a critical piece of our future, they alone cannot fuel the resurgence of the Motor City.

It will take an entrepreneurial spirit, and a culture of entrepreneurship, rather than a myopic focus on one industry, to grow the economy and create jobs in Michigan. Anything else is an old-school model of economic development.

“To put all our money in one thing, that is the classic what-we’ve-done-in-the-past,” said Boyle. “We throw big money at big business that will come there. That world is gone. We need a more sophisticated and denser approach.”

When the idea of entrepreneurship as an economic development tool was formally introduced to the region six years ago, it seemed like a crazy idea to many thinkers. Even those who did embrace the idea, like theNew Economy Initiative, thought the game was to invest in tech startups.

“We jumped on this sexy startup craze,” said David Egner, executive director of NEI, which has invested more than $100 million in the entrepreneurship economy. “We got to work in the innovation-to-market game. That is where the Googles are made. But if we only focus there, it will take at least 10 years to get an output. But that’s where we put our resources. We thought a big breakout would give a symbol that some things are happening.”

What about now? NEI is thinking about how to play smarter baseball. Instead of betting solely on tech startups and hoping for the home run, NEI and regional leaders are investing in building and growing companies of all varieties. Sometimes that’s a base hit, other times stealing second. They are building the infrastructure to support more entrepreneurs on their paths to start, grow and scale their businesses — whether working with a high-innovation firm or a neighborhood businesses looking to scale up.

“Living on the dream of one in a million isn’t good for any of us,” said Leslie Lynn Smith, president and CEO of TechTown Detroit, which invests in high-tech ventures and works with small neighborhood retail businesses. “Dan Gilbert wants that, but he is that. And it’s great. But I think what happens when you are so busy looking for the next Google or Facebookis that you overlook extraordinary opportunities to hit a couple of doubles and triples.”