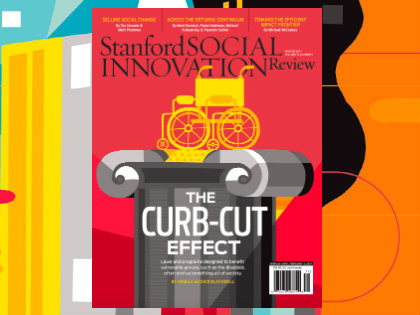 In a piece for the Winter 2017 issue of the Stanford Social Innovation Review, Amy Liu, director of the Brookings Institution’s Metropolitan Policy Program, writes about how an “unprecedented series of reforms and investments in the city [of Detroit] following the Great Recession” are creating “economic flywheels,” or bursts of energy that have the potential to create sustained momentum.

To create a flywheel effect, investments need to exert a sizable force on the economy. With weak business and consumer spending in the wake of the Great Recession, Detroit needed its own stimulus package. And such spending could not be scattershot. To have maximum impact, it had to be targeted in purpose and geography.

The Herculean efforts of philanthropic, corporate, and other local leaders cannot be adequately captured in this short article. Recent philanthropic efforts began in 2007 when 10 local and national foundations came together to create the New Economy Initiative (NEI). NEI launched with an initial $100 million investment to “return Detroit to its position as a global economic leader.” The initiative placed an emphasis on innovation, entrepreneurship, and creative industries.