New Economy Initiative to target innovation, entrepreneurs with 2nd round of funding 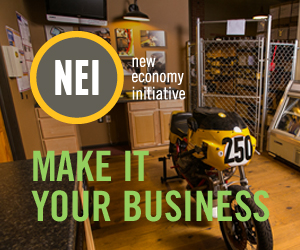 After seven years and nearly $100 million in investment, the New Economy Initiative has figured out the types of projects that will give it the most bang for its buck.

In its second round, NEI plans to direct new funding primarily to agencies providing supportive services to spur innovation and entrepreneurism in the city of Detroit — areas it honed in on two years ago.

“Entrepreneurship and innovation, as stand-alones, are valuable in growing the economy,” said NEI Executive Director Dave Egner. “But the more we can connect them, the greater we can accelerate each.

NEI’s initial funders and one new foundation have committed a second-round investment of $33 million toward a $40 million target, Egner told Crain’s last week.